As a reviewer, it grows increasingly satisfying to rediscover scents. It is especially thrilling to leave them in the mental bank to engage in a natural fermentation, where the scent begins to dissect itself: able to then be redefined and rediscovered later on.

It happens to be the case that what generally appears to be loud, bombastic, and at its most maximal also contains a well thought out quality, a delicacy found at its utmost center and an amiable finesse and style marked by its respectable perfumer. 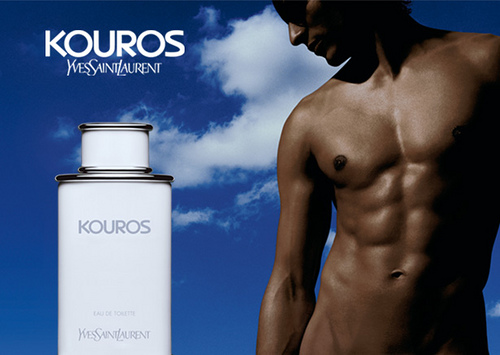 Such is the case for Kouros – my review is still as relevant as it was when I first published it (please, read here), and yet it exists in the fortunate position that it was placed in the mental bank. The resulting perception is delivered as clearer, surprisingly cleaner, and more respectable than I once thought. Sieving through the civet in Kouros uncovers more: it is orange blossom rolled in civet, an (innate) tension, a languid oscillation between floral and funk found in the blossom note alone. The civet is not as brash as one expects it to be (or previously thought it to be)  and is capable of clothing itself in semi-decent tailoring. This, naturally, is in strong contrast to oud, which generally requires intense sculpting to move the focal point away from oud.

Of course, Kouros is still not to be considered in any way discreet, but it most certainly is a polite and well-tuned entity. The orange blossom and civet accord is an identifiable instrument amidst a collected orchestra, and the beauty is that this sole instrument is contained as a soft counteracting force somewhere in the heart of Kouros. Everything else, to me, is background noise. Not to be dismissed, but done in a way to place singular emphasis on the orange blossom.

It is this perception of orange blossom that triggered this addendum; effectively finding it within the broader composition. Realising that this note is the absolute focus of Kouros (rather than solely the civet-as-Lescure-butter descriptor used earlier, despite its creative pleasantness) openly lends itself to various moods all at once, and is key to holding the balance between dirty and clean which I find so striking in the technical aspects of perfumery. For when orange blossom is uncovered, it makes sense that honey is found, and clary sage, and leather, and coriander seed…