A blog reader put me to task for not connecting Yves Saint Laurent’s Opium and the idea of spice in my most recent treatise on spices.

How could I be so foolish? Until recently, Soft(er) Orientals have always seemed like a half-baked idea to me. Yet an inclination for extremity and wholeness in fragrance is dangerous. The Soft Oriental is not a semi-realised Oriental, or an underdone composition of spice – but a study in negative space. They’re full without being full, and unhurried in a way the Oriental umbrella of scents are. The Soft Oriental takes this idea to the extremities of softness with a haunting intensity.

I have always smelled Soft Oriental compositions and rendered them tantamount to Orientals. Let Opium and Coco represent the Soft Oriental, let Shalimar represent the Oriental, and observe that softness and closeness are indeed the key distinguishers. Strict Orientals carry a strong air to them; of excessive advertised opulence. Soft Orientals read as fuller than Orientals but of less vastness. Shalimar stretches comfortably in a grand manner – it is gregarious yet fierce, and that’s what makes it opulent and grand. The way it’s composed makes it seem as if its limits are constantly just beyond arm’s reach. Habit Rouge (Oriental) demonstrates the same extended capacity, far more obvious due to its eau de cologne top note and emphasis on lemon and neroli. 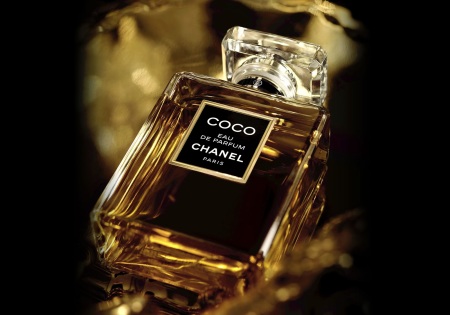 Contrast this quality with Opium and Coco. Coco is far less mysterious than Opium, and in my view the lesser of the two Soft Orientals. Coco injects clear French flounce through a generous application of hovering coriander seed, the present tones of elegant rose and intense jasmine, and the softly sweet roundness of peach with a discernable shading of dried fruit; it is a drop of Bois des Iles. This flounce exists amongst the pillar of resins that mark the Soft Oriental family, evoking spiritual tribute in temples through offerings of incense and fruits. But Coco is lascivious in a cautious way, like having to fumble and pause by carefully removing and then folding clothing before the act. It has a prissy backbone and highly decorated structure, and that makes it French – true Chinoiserie as we can observe the French filter in play. Stylistically the point is demonstrated further: Coco is at large a coherent whole with slight moving variations in its structure from top to mid to base; it’s a succession of movements capturing one idea.

Opium, on the other hand, is a work of Chinoiserie that feels less like an interpretation and more of a true evocation. Its strength lies in the manner it handles its Soft Oriental notes of resins. While Coco seems to make these resins a pillar for further vertical adornment, Opium is decidedly present: a hazy, incense-filled center of mass that is mysterious, languid yet somehow strict, hypnotic and enveloping as each note furls into each other; it’s one movement and one idea. This feature is due to its focus on base notes, in that there is no present top quality to the scent other than a hint of sweet mandarin and fruit which peaks through, ensuring the smoke retains a visible translucency and avoids moving into an incomprehensible smog, otherwise, there is no offset – and that is stylistically perfect. Altogether, Opium is an exotic powder refined through endless filters of citrus, spice, fruit, woods, and resin until it is homogenous. 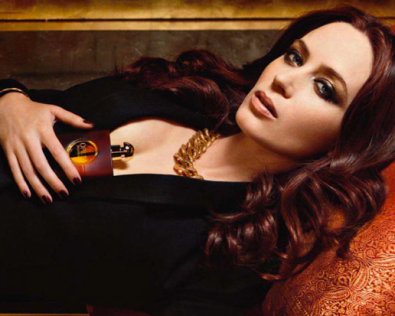 Is an absence of vanilla and/or a lack of its overtness a marker of the Soft Oriental? It certainly seems that way in these cases. Shalimar and Habit Rouge overdose yet restrain the vanilla note in that it is present but not overpowering, adding a link between sweet and dark tones with intelligent tints of luminescence. Coco and Opium have no obvious vanilla feature, and yet retain a mysterious duskiness presented through an emphasis on base note materials.

Can this vanilla-less proposition be made workable? The much later Noir Epices from Frederic Malle boasts and claims to have produced an oriental formula without the vanilla, but under this framework what has really been created is a soft oriental with a well-stratified series of notes (orange, clove, black pepper, rose) connected with a thin thread. It is somewhat of a fusion creation: a Soft Oriental without the feeling of a contained boundary, but with an absence of vanilla; and an Oriental with its thin fullness and ordering of notes. Blending must then be looked at, and good blending is apparent when individual notes are not easily distinguishable. What is markedly clear in both Opium and Coco is an internal narrative that conveys meaning without relying on external reference or input – for I can isolate Opium from context, smell, and get entirely what it’s about. On that basis Opium is indeed the victor, for with Coco you have to search through the excessive baroque to find what it truly is all about: an evocation of the Orient.

But what of Youth Dew, Obsession, Must de Cartier (…)? If I had to talk about even more Soft Orientals, It’d be an endless treatise – so, another time. But just ask yourself how well they achieve evocations of the Orient? And then realise that such a feat isn’t necessary, albiet very sufficient. And what of the idea of sensuality and (Soft) Orientals? Once again, for another time. 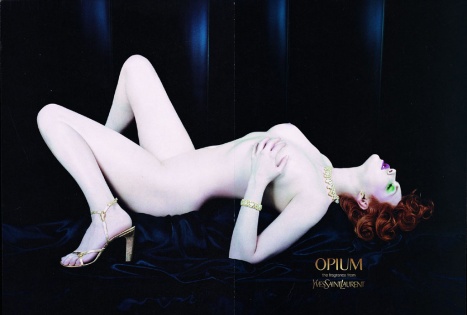 These considerations and value judgments, of course, are underpinned by the assumption that the raw unadorned evocation of the Orient is desired. Based on compositional criteria alone, both scents hit the mark – Coco is more floral driven, Opium is more spice driven. A variance of any sort will always desirable. However, looking further, Opium is more Oriental and narrative charged than Coco. Coco is artful in that is represents the house of Chanel spectacularly well.

Nevertheless, it is a struggle wearing these twentieth century Soft Orientals. Admire them on a blotter by leaving them in a room and then returning moments later. They grow just as base notes do. On skin, context keeps catching up to them. Noir Epices is an excellent Soft Oriental that wears a Chypre mood extraordinarily well and is infinitely more wearable, as mentioned, but kudos must go to Chanel’s Coromandel which can be viewed as either a strict Oriental or something softer with an incense coated in patchouli, blushing rose and white chocolate reminiscent in the distance of Coco with a dosage of contemporary class and style, just how you’d imagine a new world Chanel boutique to smell. And of vanilla-lessness? Ambre Sultan is worthy, herbal more than anything and an amber to end all ambers. If you’re more generous, Musc Ravageur is a must – deeply soft, but totally, strictly Oriental with a rising quality of extension.

6 thoughts on “A Treatise on (Soft) Orientals: Chinoiserie – From Opium to Coco”