Sienne L’Hiver (Sienne Winter) is true olfactory portraiture; a landscape artwork captured in scent.
It is an atmospheric fragrance as a realism style teeters between the natural and the abstract. A paleness with depth, Sienne L’Hiver is a moment in history suspended in time.

It is a beautiful, near transcendental scent with a meek blue paleness seen through morning fog and the oiliness of an industrial smog. The picturesque romanticism of this real scent is captured, contrasted, tightened, and then sharpened through perfumery to deliver a masterstroke of artistry. This is then set in a fragile and diligently polished Waterford Crystal dome. Sparkling and bouncing light around the edges, it is akin to earth warmed by the frigid and tentative sun in winter. 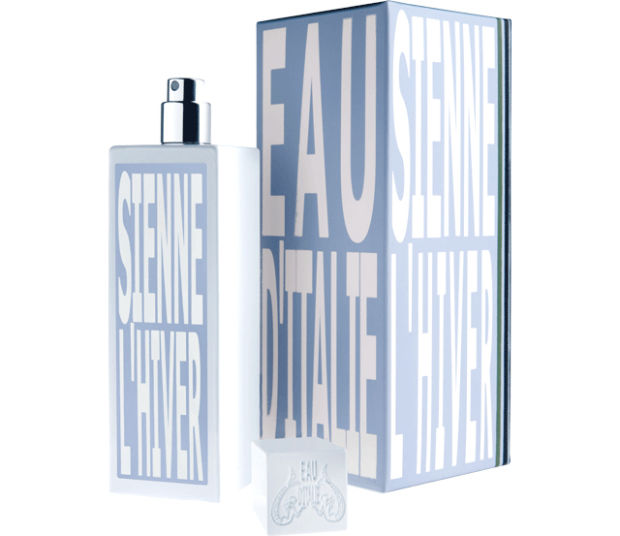 On opening, Sienne L’Hiver has a pallid quality like murky water. It smells grey and mellow, with an oily slick on the surface. The scent is flat, with an overall vegetal (orris) and bracing (chilled oily vodka) smell. From the get-go, a distinction can be made: as a fragrant artwork, that is, a landscape of Sienna in December with snowflakes falling from the sky – it is austere perfection. A rigidly put together artwork that takes up the entire space of a wall. Grand in its realism, the beauty lies in its detail. For instance, what is Sienna in winter? Sienna is a collection of winter streets, cobblestones, and snowflakes … But these things don’t have a scent! To mend this, black olives and olive oil, white truffle, and leather are positioned tactically within Sienne L’Hiver, affixed with cool and unctuous aromamolecules and ingredients.

To add a persistent theme throughout Sienne L’Hiver, there is a strong push in a spiced iris direction, compounded with woody nuances.

Bertrand Duchaufour’s real magic comes from an olfactory clash that is detected only when considered. Sienne smells novel and expansive because it itself features expansive qualities. The coolness is translated from oiliness – mimosa absolute, lukewarm castoreum, violet leaf, along with the impression of juniper berries, quinine, and aromatic vermouth – forming an ozonic ‘wintery brine’ (Burr). With an additional and contrasting warming (but not warm) feature of roasted chestnuts, white truffles, an illusion of coal, and leather, Sienne L’Hiver positions the wearer as it creates an aura of delicate potency, and a thick crispness.

Imagine snow capped mountains in the background with coal fires in the foreground, the fragrance opens itself up eventually to a spherical damp greenness, softening with a vortex of diaphanous woods. There’s the mineral quality present in great proportions, like cool cobblestone paths and crisp air – yet this as a whole maintains a minimalist style; a magisterial quality associated with most Duchaufour works.

Break the mesmerising illusion however, and find the impression of rubber, delicate florals, pine, incense and fur. I suspect this is what makes the crystalline smoke feature in Sienne relatively everlasting and continually present. Each ingredient, from top note to the heaviest base note – seem to amalgamate into one big heart of the fragrance – parallel lines getting closer, and closer.