In reflection, treating this blog as an academic exercise became a secondary function very quickly. Instead, it became a medium to express improvement. One of the first reviews on this blog was of 31 Rue Cambon, and I have no shame in stating that when reading it, I now vehemently disagree with myself. Complexity doesn’t have to necessarily be an apparent feature, instead, complexity can be something you just can’t describe or distorts convention.

In 31 Rue Cambon’s case, it is an oakmoss-less fragrance (new) that still retains contrast (old). There’s no old world melancholy to be found, but there’s a classicism pushed to the very front – like a vintage photograph contained in a modern frame. Nevertheless, it is timeless gem reviving the Chanel lineup. 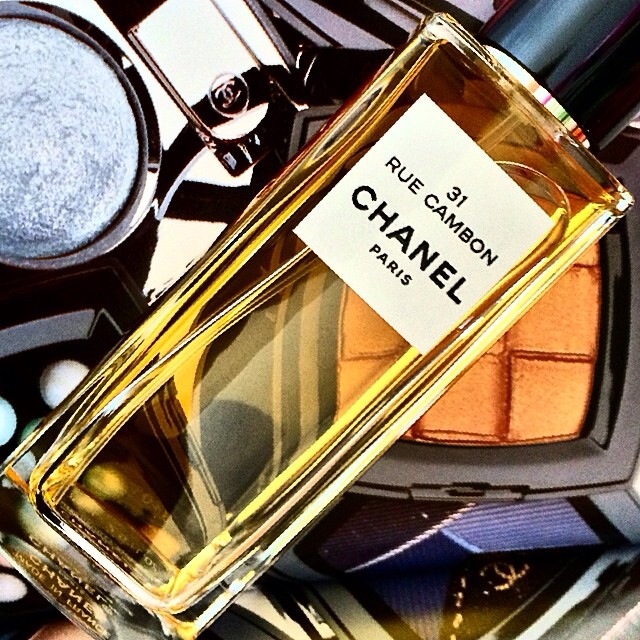 Opening with an unmistakable chill like cool shards of crystal glass, the hallmark aldehydes of the house reveal their intensity in the opening and then detract into the background to give a sense of weightlessness  – allowing the heart notes to float with a shimmering grace. To enhance the coolness of the aldehydes, bergamot adds the required citrus note in this chypre structure. However, with the addition of deep, dry, and bracing black peppercorn, this creates the sharp illusion of lime: a clear twang against the backdrop of dark leather found at the deepmost depths of 31 Rue Cambon.

Dramatic, chic, and true to the chypre category this opening is transient at best, however leaves an eternal impression. It presents the trademark compactness, or better put, (over)loading, with an impressive diffusion and clarity which usually comes after. From the pepper comes an earthiness between some effervescent greenery suspended in thin air. Get closer and detect a mellow nuttiness and an ambery warmth.

The iris becomes the star of the scent, surrounded in a powdery paradigm, with a deep green streak via a contemporary patchouli note that is cleaned and removed of any free-spirited connotations.

An elegant renegade on the most elegant of fragrance families, 31 Rue Cambon’s depths alter with vintage drama and savage beauty.  An airiness being pulled down without aggressive force, this scent is a masterpiece in its execution. The chypre is glorified, yet at the same time is modernised. For instance, the interplay of notes that makes the chypre so distinctive has an equally distinctive sparsity present here. The bergamot is stripped of its usual turbulent edge, and is instead intimately fused with peppercorn to give it an abstract feature and a dynamic presence; an impression of leather and sharp lime . The floral note, iris, is identifiable, however a buttery tropical-toned hue is added through ylang ylang. This effect, for me, feigns a lactonic note. The iris goes through a series of different intensities with wear, yet remains the focal note in this bouquet – containing jasmine, rose, and ylang ylang: A definite Chanel bouquet.

A haughty scent without a doubt, the nutty feature in combination with labdanum, leather, amber notes, and patchouli warms the initial chill of the scent, developing into a fragrance covered in a blanket of plush powder and warming accords. It is a floral swept with the softest treatment and with due course is taken to eventual abstraction, twisting and arriving in familiar places. Notice a woody vetiver likened to legumes with evident protuberance, or perhaps a sandalwood and spice element with great geniality.  The fragrance’s lactone creaminess verges in a peach territory, very much nodding to the classic greats. It is a ‘Chypre mark II’ – all the effects but none of the usual suspects.

My only criticism? This reawakened chypre lacks drama – whilst we get changes with elegant fluidity and infinite grace, it lacks presence and evident gravitas – it is perhaps too concerned with appeasement and face value. Whether or not this is a criticism is up to you, as some say this allows the scent to be worn less specifically, day and/or night. But, can we allow a chypre to become everyday?

There are scents, and then there are perfumes.