“You don’t get anything clean without getting something else dirty.” (Cecil Baxter)

The concept of cleanliness rings very true to the concept of perfumery.  Smell is arresting and surrendering, openly intimate without a strong sense of control. One smells often simply because they breathe, and because of this, perfume has become such an inmost exercise. Eau D’Hermès presents itself as a perfume rooted immensely firm in the idea of sensuality because it smells bodily, warm, and sweaty. Perhaps not intentionally, but what is smelled in Eau D’Hermès is a skin-like quality, not rough or callous, but worn and unwashed – loved too, perhaps.

Hermès called upon Edmond Roudnitska in 1951 to create a scent much like the wafting aroma of the interior of their bags: leather lined, resultantly becoming an emotionally personal fragrance for both the house originally known for making leather saddles, and for the wearer, who experiences multitudes of complexity; a calm eventually met with intimate obtrusion; and serenity lost in the fray of animality. 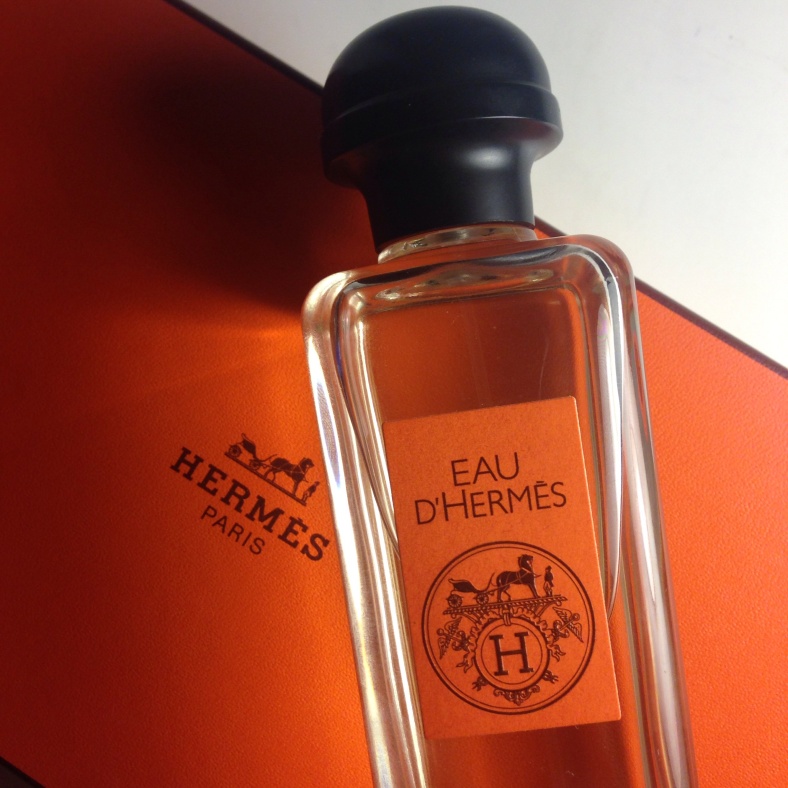 Eau D’Hermès is best summed up as suggestive, and put by Luca Turin: “The Devil’s cologne”. We get a fresh hesperidic top note structure, and then we add the suggestion of dirtiness immediately following. Eau D’Hermès covers the olfactory spectrum, in which it takes matching elements of the olfactory palette. Woods, florals, spices, citruses, and skank – then pairing them up. What the fragrance approaches at, is a quasi-military-esque style of regiment and order, forced uptight with a piercing cut (akin to a whistle blow), then made mature with a loading of bodily suggestions.

At one angle, juicy citruses play with a chesty lavender accord, whilst cinnamon acts as a bridge to the other angle, in which spices, cumin especially, mixes with cardamom, trace-elements of something like civet, and leather. One would expect the clean angle to clash with this dirty one, but instead they pass like something of a near miss, at one juncture aligning themselves like a complete jigsaw. Off the cuff, I humorously have passed around the whisper that Eau D’Hermès smells of sweaty young men slammed with oranges. Virile, granted, Edmond Roudnitska has a knack for capturing robust masculinity and elegant testosterone (Eau Sauvage by Dior, and Eau D’Hermès).

Considering the artistic nature of the top structure of Eau D’Hermès, it presents an abstracted meditation on human condition, verging a perfected style of hyperrealism. Eau D’Hermès’ focal contradiction is clear:  Is this ‘clean made dirty’ or ‘dirty made clean’? This fragrance symbolises the denude; the stripping bare done elegantly and perfectly. Perhaps then, this is romanticism work? And despite that term being ‘practically undefinable’, I am forced to contemplate the nature of perfume on a functional level: “What does it mean to wear perfume if it smells of something we avoid?”.

Digressing, what leaves me wondering endlessly is the stark nature of the animalic notes, done well enough that at times the whole notion of dirtiness escapes. Perhaps because in the back, forming the base notes are classic wood notes of cedar, sandalwood, and birch, blurred with the leather and smoothed with vanilla and tonka bean. As Eau D’Hermès packs a punch, it marvellously matures on skin as small facets reveal themselves. Geranium and jasmine adds bitter intrigue dampening the dirtiness, adding on top of the aromatic notes of vanilla and coumarin creating a surprising creaminess. Warm, spicy, and intense, toppled by a milky feature.

Eau D’Hermès ends on a pheromonal ‘high’ as the dirtiness becomes mistaken for sensuousness; obscure yet romantic. I wear this for my hedonistic pleasures, leaving a spicy and smokey trail in my wake.

Sexy but not naughty.

8 thoughts on “Eau D’Hermès by Hermès”