No perfumer is without their faults. 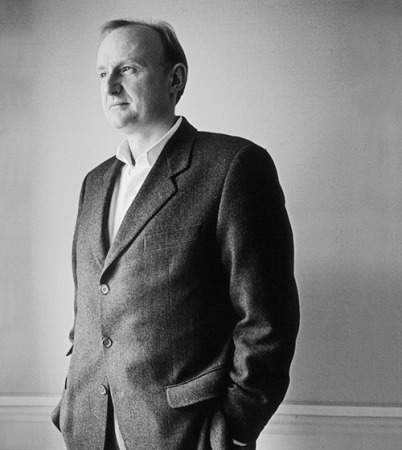 Fragrance isn’t practical, and judging Cologne Indélébile on that merit was plainly spurious of me. That ought not to be a condition in judging perfume, because when has art ever been functional or practical? It is then only appropriate that my view of Cologne Indélébile trims itself down from the original perfect 5 that I gave it. It is a murky creature. An elegantly shaped brick, but a brick no less.

Colognes generally contain a purity about them, which isn’t necessarily done through citruses. Contemporary brand Atelier Cologne is a good example of this (despite not capturing my style), and Jean-Claude Ellena is a considerably better example, especially considering his take on narcissus and gentian flower. An overload of musk draws purity away from the center. Gone is a radiance akin to refracted light through a polished crystal, and instead Cologne Indélébile smells damp and murky.

What this does is make every other note appear dubious, in a way that despite being of excellent quality, it stifles the shimmery pureness you’d get from such high-quality citruses and florals with their resounding, enigmatic hum. While the musk may be good too, it is contextually wrong and out of balance. Instead of providing a thin yet concrete foundation, the musk moves into a grey sheen and forms a considerable bulk of the structure.

There’s a touch of animal in there, hinting at some sort of movement towards reinvention of the genre, but that metallic cloyingness adds an abrasive roughness stopping the purr from developing further in a sensual manner. The scent begins to feel practical: it is not a foremost beautiful object, but a technical challenge, and to conquer this challenge beauty resultantly had to suffer. Never.

Maxim: Considerations of how a perfume falls into a ‘trend’ exist within external logic.

Soul is at best a decent scent of lukewarm proportions, demonstrating the dying end of this West meets oud trend. Soul falls at the end of the progression, which roughly began as timid, reached its zenith and continued downhill from there. Soul is at the upper levels of the downward slope, where being edgy and unique on the theme is difficult.

From my perspective, Soul is a superfluous reestablishment of the Middle Eastern theme which rests on a base of already insipid Costume National cliches. The chunky frame of bold synthetic amber and musks twinged with fresh aromatics is borrowed and lends itself to oud, vanilla-lined ambergris, and patchouli. When considered in that way, it is easy to see why Soul appears as exhausting.

I suspect Costume National knew oud was tiresome within the mass market (working on the principle of charity and hoping they just didn’t want “another oud”), and so the composition favourably makes oud less obvious yet still present in a sort of glowing manner, admittedly less effective than Heeley’s superlative Phoenicia. This gives a tang of sweetness that works sublimely with vanilla and ambergris effects enlivened with something nice up top. Or perhaps Ropion too was exhausted with oud.

Altogether it is reminiscent of M7, but in this instance it’s cloying in its linearity, and nondescript beyond those Middle Eastern additions (hence explains my distaste for the other Costume National scents) – instead Soul is carved from ordinary and fixed oriental notes rather than constructed while every other note just seems redundant in the mix.

If you want an interesting wood with warm around its edges, some protein and a saline hum, Dries Van Noten is the obvious choice.